First off, I apologize for the lateness of this piece. I realize that a “Top Ten Best Movies of 2011” list isn’t exactly timely at this point, but I blame the movie studios for releasing approximately 437 films during the last two weeks of December, several of which I’m certain would’ve made this list had I had time to actually go see them. So sadly, movies like The Girl With The Dragon Tattoo, The Descendants, and Tinker Tailor Soldier Spy, won’t appear here, nor will critical darlings like The Tree of Life or Drive. I did manage to see a lot of really good movies this year, and since we’ve already waded through all the crap, let’s take a look at the cream of the crop:

Before we get into the top ten, I want to acknowledge Attack the Block, a low-budget British alien invasion flick that put all other alien invasion flicks to shame in 2011. Executive Produced by Edgar Wright, the director of Scott Pilgrim and Shaun of the Dead, Attack the Block was a fun, edgy, and suspenseful tale of some inner-city British teens trying to defend their ‘hood from some truly unique-looking alien creatures. The only way I can describe it is The Monster Squad meets a Guy Ritchie crime film, with a dash of Gremlins and Shaun of the Dead thrown in for good measure. Hunt it down on Netflix! 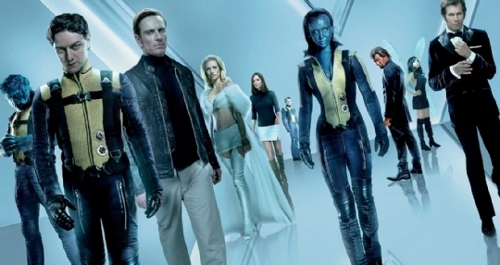 This movie had no right to be as good as it was. No right at all. In fact, this is one of two films on my list that were far better than they had any business being (More on that later). First Class had the unfortunate task of fumigating the wretched stench that the two previous X-Men films, X-Men 3 and X-Men Origins: Wolverine left on the once-fresh mutant superhero franchise — and it had to accomplish this Herculean feat with no major stars and a screenplay   that was cobbled together from two separate canned X-projects, X-Men Origins: Magneto, and another film about the “first class” of students at Charles Xavier’s school.

Thanks to the superb casting of James McAvoy as the young Charles Xavier, and the currently white-hot Michael Fassbender as the young Erik Lensherr, aka Magneto, X-Men: First Class defied the odds and delivered a well-paced, thrill-packed action spectacle. Fassbender absolutely owned the screen as the young Magneto — you could feel the fury seething inside him during every scene. This guy is the real deal, and he’ll be a superstar leading man for decades to come. Setting the film in the mid 1960’s was also a masterstroke, as it lent the proceedings a stylish James Bond spy movie feel that meshed very well with the dazzling super-powered action sequences. Perhaps the only weak point of the film was January Jones’ lifeless sex doll portrayal of villainess Emma Frost, but the less said about Ms. Jones the better.

I don’t think anyone on the planet Earth loves or just plain “gets” music more than Cameron Crowe. The man has eaten, slept, and breathed rock n’ roll since he was old enough to listen to it, and is an absolute master at increasing the emotional impact of his films by weaving in the perfect song to compliment the visual. Case in point, without Peter Gabriel’s ethereal “In Your Eyes” blasting from John Cusack’s boombox, does that scene become an iconic pop-culture landmark?  Doubtful.

For Pearl Jam’s 20th anniversary, Crowe crafted a fascinating chronicle of one of the few remaining great American rock bands, utilizing rare early footage of Eddie Vedder and company as well as current soaring and inspiring live performances. Much like last year’s incredible rockumentary Rush: Beyond the Lighted Stage, you don’t even have to like Pearl Jam (or documentaries, for that matter) to appreciate the passion for music and the 20-plus years of camaraderie on display here.

8.) The Adventures of Tintin 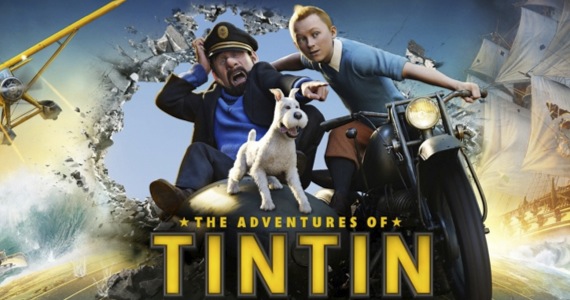 Steven Spielberg is an absolute master of kinetic, white-knuckle action set pieces that make you wonder how the hell they were accomplished within the constraints of reality and physics; so you can imagine how exhilarating his action sequences would be once the shackles of real-life physics were cast off in the playground of motion-capture CGI animation. With Peter Jackson’s technology and a famous European comic book character, an exhilarating Spielberg experience is exactly what you get with Tintin — a relentless,  rip-roarin’ adventure film that literally does not stop to let the audience breathe for a minute of its running time. One spectacular chase scene dives headfirst into another, as Herge’s iconic boy reporter and his faithful dog Snowy narrowly escape death and danger. Unfortunately, Tintin is a lot like Soccer: hugely popular throughout the world, but mostly ignored in America, so a sequel to this wonderful family fun ride is questionable. Still, this absolute blast of film by two cinematic juggernauts is worth seeking out.

7.) Rise of the Planet of the Apes

On paper, Rise of the Planet of the Apes looked like a surefire disaster: it had an unlikeable lead actor in James Franco, who was coming off an embarrassing performance as the host of the Academy Awards; it was a reboot of a dusty 70’s franchise that had already been through a previous unsuccessful Tim Burton-helmed reboot;  and the titular apes would not be actual apes or even men in suits, but fully motion-captured CGI creations that were certain to lead moviegoers straight into the uncanny valley. Once the film opened however, word quickly spread about the brilliant motion-capture performance of Andy Serkis as Cesar, leader of the ape revolution. The plight of the simian protagonists was compelling, the action sequences with ILM’s frighteningly realistic apes were visceral, the editing and pacing were both excellent, and hell, even James Franco didn’t suck!

Marvel could have hit a huge stumbling block on their way to Summer 2012’s mega-blockbuster The Avengers, with this difficult superhero translation. After all, how do you sell a character to a mainstream audience that is a member of a pantheon of cosmic Gods, and who likes to spout middle-age braggadocio like “Aye Verily! Have at thee, base villain! Forsooth!” ? Luckily for Marvel Studios, some mysterious Asgardian magic was working in their favor, because Thor clicked with audiences looking for fun, colorful, and exciting superhero fantasy.

Chris Hemsworth, who made his debut in JJ Abrams’ Star Trek reboot, cut an imposing figure as the God of Thunder, infusing the character with the necessary balance of  arrogance and heroic self-sacrifice. And when you add Hemsworth’s performance as the God of Thunder with some vibrant special effects, Kenneth Branagh’s skillful eye behind the lens, and a tremendous supporting cast — you have a dazzling superhero adventure that deftly balanced Shakespearean space opera with an Earth-bound redemption tale (unlike a certain other star-crossed superhero movie).

Jeff began his path towards Geek destiny at the age of four, at a drive-in screening of Star Wars. Since then, he's had a love affair with all things nerdy. In the mid to late 90's, Jeff was a staff writer for EchoStation.Com, interviewing Star Wars heavyweights like Timothy Zahn and Drew Struzan. He then went on to review films and write editorial pieces for several blogs in the mid 2000's, wrote and co-created a webcomic strip that ran from 2007-2010, and is currently co-founder of Dead Henchmen Productions, an independent film company based in New England.
View all posts by Jeff Carter »

Posted on January 17, 2012, in LaserCola Lists. Bookmark the permalink. 1 Comment.