Happy Halloween, everybody! If you don’t already know, LaserLinks is a collection of news bits, casting announcements, trailers, and other geekery that I didn’t get a chance to write about during the week. And away we go….

Director/Writer Joss Whedon wrote and directed an entire movie in secret while on a break from shooting on the massive superhero team-up movie. It’s an adaptation of William Shakespeare’s Much Ado About Nothing, and it features a ton of familiar nerd names like Amy Acker from Angel/Dollhouse, Sean Maher from Firefly, and self-proclaimed King of the Geeks, Nathan Fillion. There is no word on a distribution deal or release date as of yet. Source: Reuters.

Here’s a new gallery of stills and posters from this upcoming adaptation of the hugely popular YA book series.

Here’s a report on the upcoming New York City shooting.

Here’s a video clip of the directors Mark Neveldine and Brian Taylor, discussing how they didn’t really do much research on the comic book version of the film’s villain, Blackout. 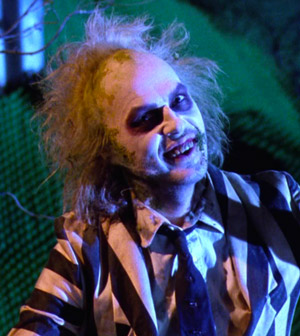 It looks like a sequel to the Tim Burton classic is finally moving forward, and it will be a true continuation of the story with Michael Keaton returning as the titular “ghost with the most.”

Yep, Dean Devlin and Roland Emmerich are close to completing not one, but two screenplays that will continue the story of the monument-destroying aliens from the original ID4. They also really hope to get Will Smith to return and say, “Welcome back to Earff!”

Superman: The Man of Steel

Michael Shannon dishes some info on the fight scenes between Zod and Superman.

Jeff began his path towards Geek destiny at the age of four, at a drive-in screening of Star Wars. Since then, he's had a love affair with all things nerdy. In the mid to late 90's, Jeff was a staff writer for EchoStation.Com, interviewing Star Wars heavyweights like Timothy Zahn and Drew Struzan. He then went on to review films and write editorial pieces for several blogs in the mid 2000's, wrote and co-created a webcomic strip that ran from 2007-2010, and is currently co-founder of Dead Henchmen Productions, an independent film company based in New England.
View all posts by Jeff Carter »